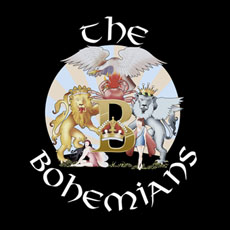 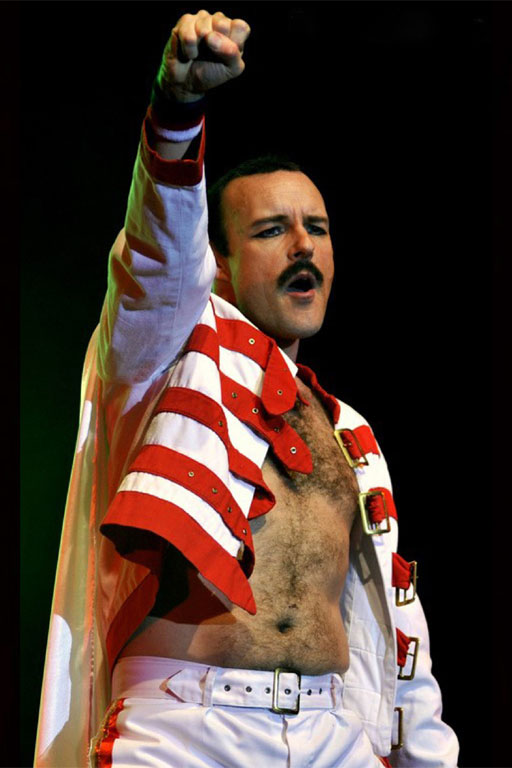 Queen has always been a big influence in Rob’s music, especially the vocal and guitar harmonies and arrangement’s along with Pink Floyd, Black Sabbath and Rush.

Rob joined The Bohemians in 2004 and his natural musical talent enabled him to quickly learn to play the piano for the Freddie part.

Rob’s outrageous stage antics and personality makes him the perfect Freddie bringing his strong vocal ability and musical skills required to fill one of the hardest parts in rock. Born in the swinging sixties Christopher started playing guitar at the age of thirteen.

In his early years Chris spent his time learning classic rock songs by guitarists such as JIMMY PAGE, MICK RONSON, BRIAN MAY, BRIAN ROBERTSON, SCOTT GORHAM, GARY MOORE & JOHN SYKES which helped him develop a distinctive style of his own.

Like most young musicians Chris formed a number of local bands with friends and co-formed original bands such as SWEENEY TODD and MAYFAIR 101 performing in venues around Great Britain for a number of years.

Chris formed his own Queen tribute band QUEENED in January 2000, giving him the opportunity to play hundreds of shows as BRIAN MAY. By 2009 QUEENED were coming to a natural end when coincidently The Bohemians were looking for a new guitarist! As a stand-in guitarist for The Bohemians for shows in Russia and Portugal in early 2009, Christopher joined The Bohemians as a full time member in June 2009.

CHRISTOPHER still composes original material in a variety of styles, including out and out rock songs to guitar only instrumentals which he has realised as CD compilations.

And yes, that is his real hair! Dan has been playing the drums, singing and involved in music since the age of 10. Over the years he has been in a wide variety of projects from a ‘Top 40’ Pop Band to Theatre Touring, Tribute Bands, TV Work and International Gigging.

There’s been glamorous venues and locations …. but like most musicians he’s played hundreds of function gigs, theatre shows, corporate gigs and everything in between. This has enabled him to develop his backing and lead vocals which makes him the perfect Roger Taylor!

Dan describes himself as, ‘just a jobbing musician who enjoys drumming and singing and brings passion to everything he plays’. He likes to think that he is happy, helpful and his spirit flies high. 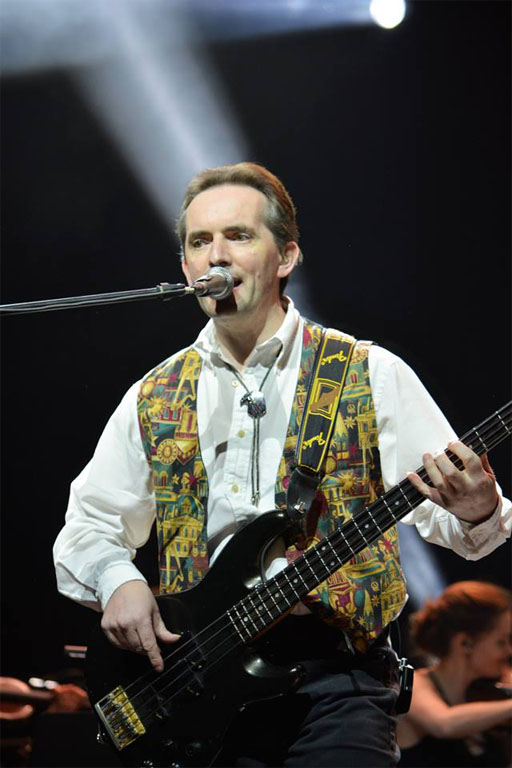 Kevin from South London, who was lucky enough to see Queen twice in 1986, says ‘The Bohemians is based on what I would love & hope to see in a Queen tribute band… the energy, the costumes and the showmanship.

Kevin started playing Bass at the age of 18 playing in local cover and original bands such as Destiny, Pentamania & The Shambles!

Kevin helped to form The Bohemians in 1996 with founder members Kenny Evans & Mike Nolan. Being a lifelong Queen fan, this was a very easy choice for Kevin which became a labour of love helping to build the band over the years.

Kevin’s playing style provides a very solid backbone which captures that unmistakeable solid rhythm section that Deacon & Taylor were so universally admired for.

Kevin now lives near Stratford Upon Avon with his wife and daughter.

The Bohemians, established in 1996, re-enact the glory days of Queen including the Craziness of the 70’s and the Magic of the 80’s proving themselves to be the most dynamic and exciting Queen Tribute Band currently touring.

They have performed all over the UK, Europe and the World at football stadiums, festivals, theatres and other prestigious venues. The Bohemians in their majestic magnificence receive standing ovations in response to their electrifying representation of a Queen Live Concert.

Their high-energy two hour show with full Staging, Lighting, Backdrops and Pyrotechnics has earned them the reputation of being the World’s most exciting Queen Tribute act.

The Bohemians set includes all the piano driven hit singles: Killer Queen; Somebody To Love; Don’t Stop Me Now; You’re My Best Friend; We Are The Champions and the amazing award winning Bohemian Rhapsody.

These hits are balanced with the Guitar led anthems; Tie Your Mother Down; Hammer To Fall; One Vision; I Want It All; We Will Rock You and the Acoustic vocal tracks 39 and the unforgettable Love of my Life.

The Bohemians ability to recreate Queen live, is something truly special.

2016 – 2018 The band continue with the highly successful Queen’s Greatest Hits tour also perform their orchestral ‘Show Must Go On’ your playing 3 sell out shows in Slovenia, Croatia and Serbia in Arenas of 2000-3500 audiences. They also continue with their shows across Europe, Royal Caribbean, P&O & Cunard Cruse Ships ranging from New Zealand, Australia, Europe and Scandinavia.

2015 The band started the year with the Spectacular Night of Queen European tour covering 49 dates. Then back to the UK to start a new Queen’s Greatest Hitstheatre tour with huge acclaim. Along with playing the then world’s biggest cruise ship the ‘Allure of the Seas’ amongst others.

2014 saw yet another record breaking year with almost 140 shows played! This included shows across Europe, Royal Caribbean Cruse Ships, Dubai and Abu Dabi and an extensive UK theatre @As It Began tour celebrating 20 years of Queen’s live performances. The new 2015 tour will comprise of Queen’s Greatest and Biggest Hits.

2012/2013 was a record year for The Bohemians! In 2012 & 2013 The Bohemians played an extensive tour with a 19 Piece Orchestra with a show called A Spectacular Night of QUEEN. This show toured all over Europe. Other places the Bohemians played those years were Turkey, Greece, Cyprus and Royal Caribbean Cruise Ships! As well as a large Theatre Tour with their acclaimed show ‘A Night of Queen’ that has proved to be an unrivalled success.

2011 saw a 25 date national tour of the acclaimed Queen Rocks Gospel show with The ACM Gospel Choir, from the BBC’S Last Choir Standing show. 2011 saw a record number of shows for the Bohemians.

January – May 2010 has seen The Bohemians continue touring the UK on a highly successful Theatre tour. In June they played the Rhodes Rock festival in Greece and are now starting a UK summer festival circuit.

2009 saw the Bohemians performing in Russia, Portugal, Switzerland and Holland and embarking on a successful theatre tour of the UK.

The beginning of 2008 saw The Bohemians touring Ukraine, India including a very successful sell-out tour of the UK establishing themselves the beginnings of a large UK theatre tour starting in 2009.

The ‘Live Rhapsody‘ DVD was released in Summer 2007. The Bohemians played a record number of shows since forming in 1996 playing many football stadiums, festivals, theatres and music venues.

In 2005 The Bohemians Queen Tribute appeared on ITV’s Queen Mania, Radio 1 & 4 and fast becoming one of the world’s leading tribute bands.

In 1999 The Bohemians Queen Tribute played support to Brian May and The Cross at the Queen Fan Club Freddie Mercury Birthday Party.

The Bohemians Queen Tribute were established in early 1996 with the first official show at The Orange in West Kensington. They then went on to Headline the Shepherds Bush Empire late 1996 and again in 1997. 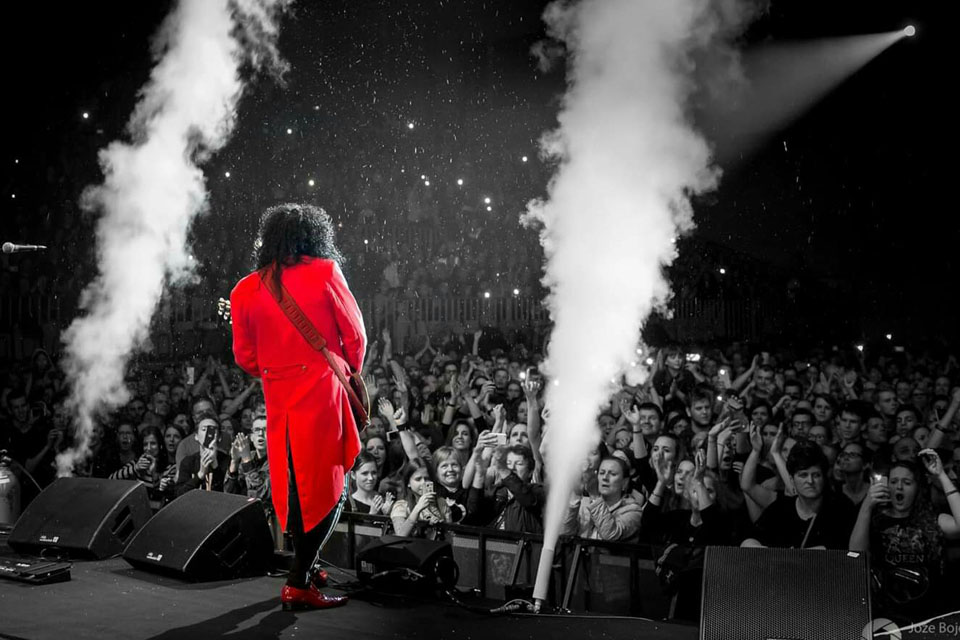 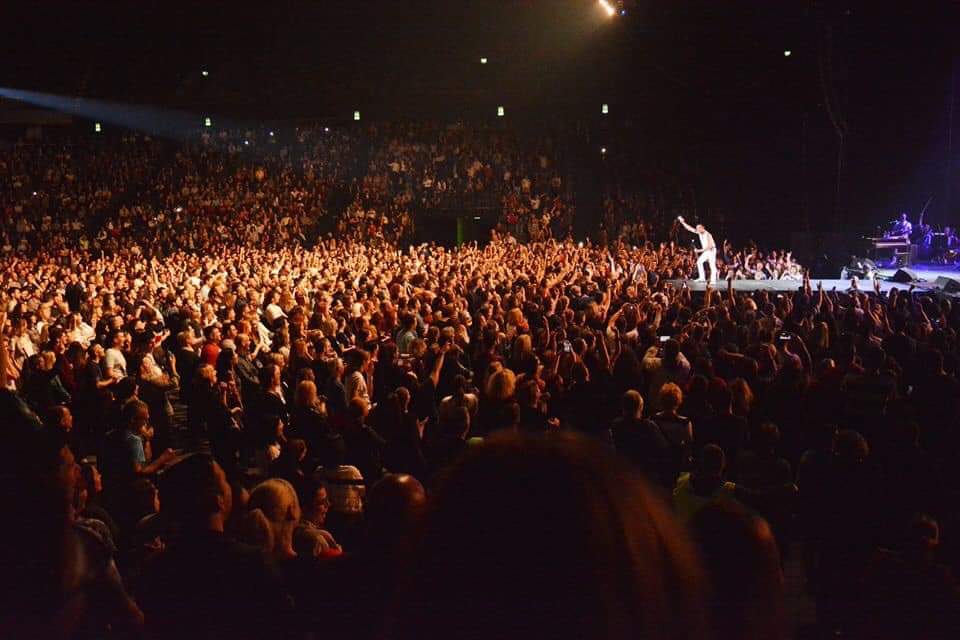 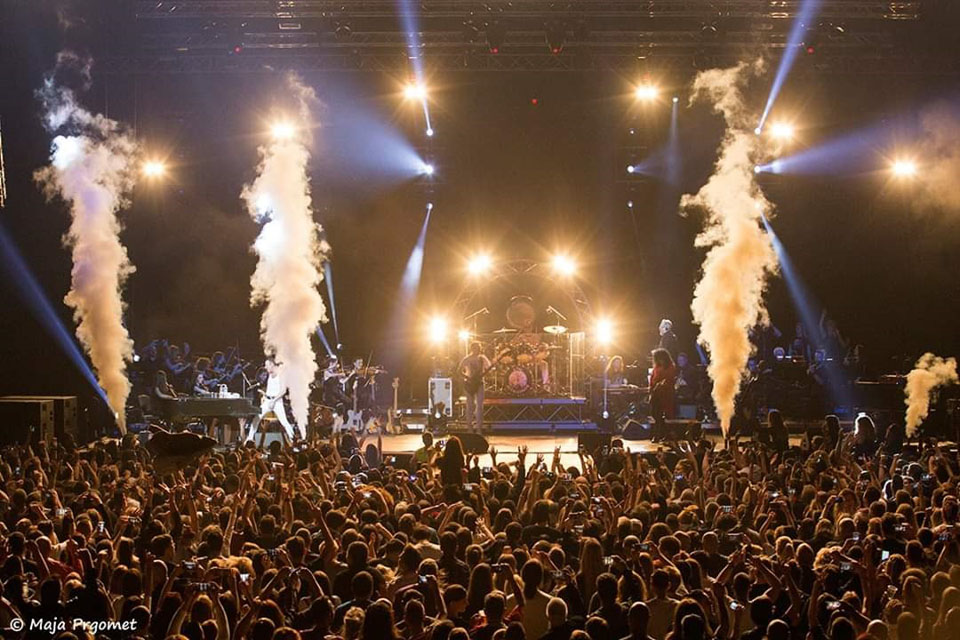 © The Bohemians
Design by Smiling Panda